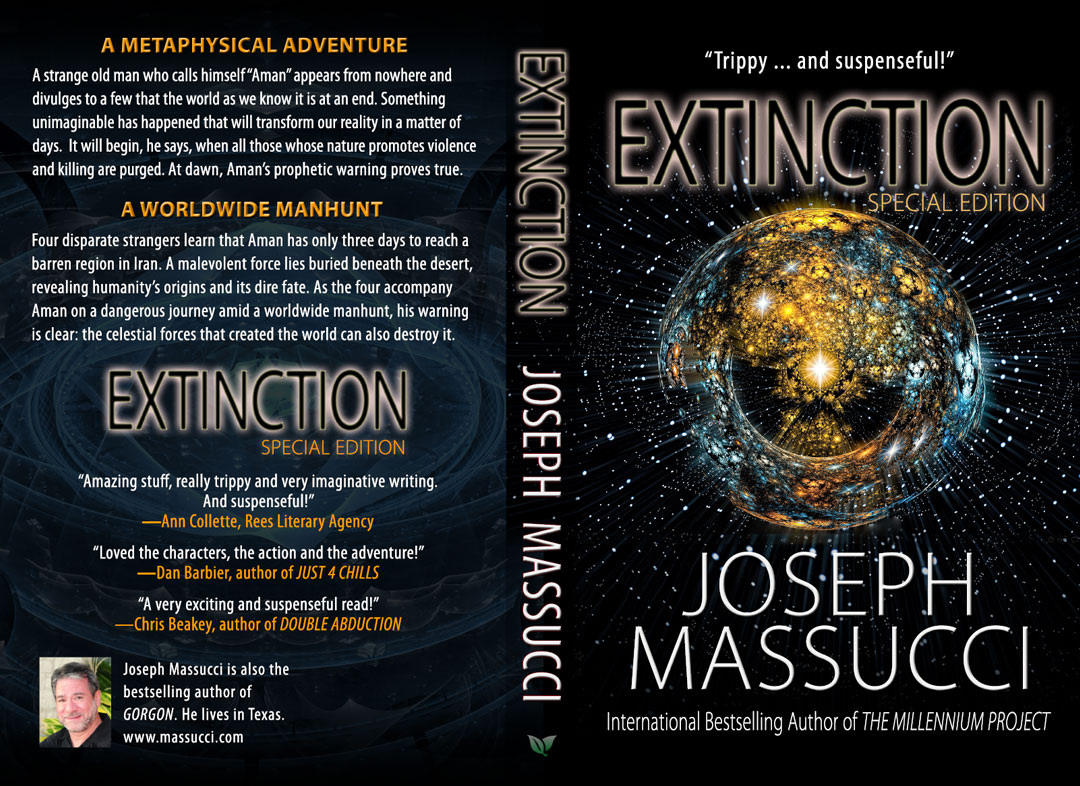 A strange old man who calls himself “Aman” appears from nowhere and divulges to a few that the world as we know it is at an end. Something unimaginable has happened that will transform our reality in a matter of days. It will begin, he says, when all those whose nature promotes violence, control, and killing are purged. At dawn Aman’s prophetic warning proves true. People throughout the world who have ever taken a life, or who have advocated violence against others, are now dead with no apparent cause. World leaders who instigated deadly hostilities succumb, including the President of the United States. Military chains of command of all nations are broken. Violent skirmishes and territorial wars cease. And no one knows why.

Meanwhile, four disparate strangers learn that Aman has only three days to reach a barren region in Iran. A malevolent force lies beneath the desert that reveals humanity’s origins and its dire fate. As the four accompany Aman on a dangerous journey amid a worldwide manhunt, his ominous warning becomes clear: the celestial forces that created the world can also destroy it.

← GORGON The Resurrection of Andrew Finsbury →