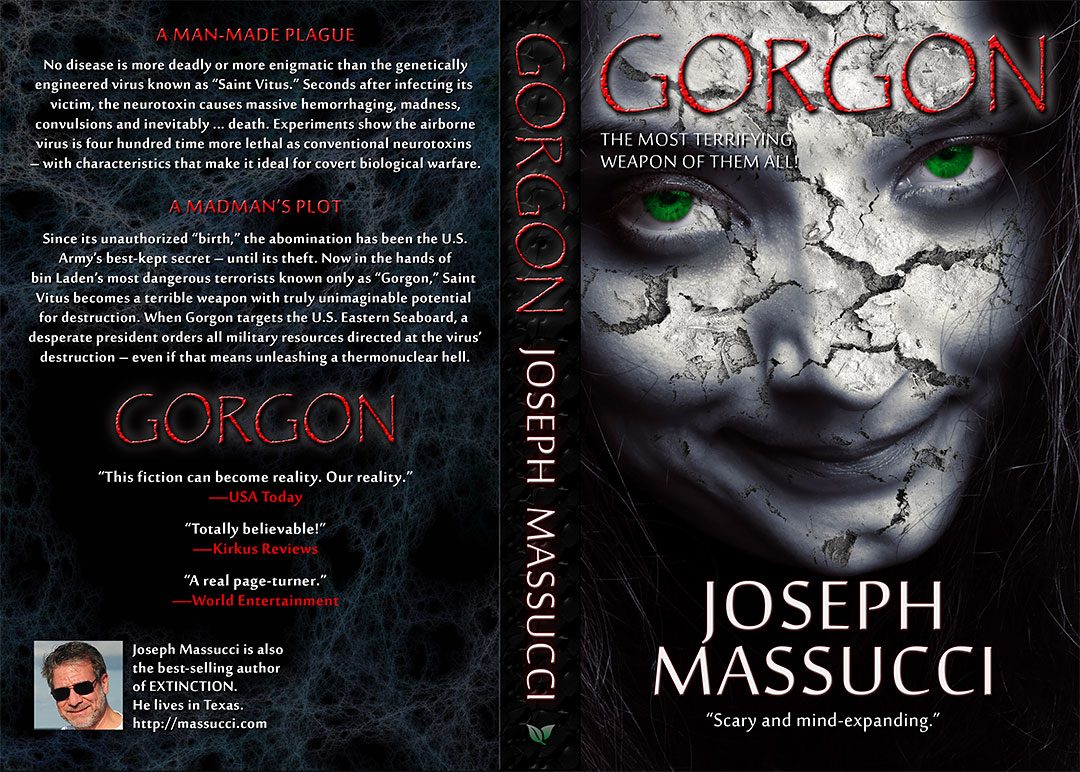 No disease is more deadly or more enigmatic than the genetically engineered virus known as “Saint Vitus.” Seconds after infecting its victim, the neurotoxin causes massive hemorrhaging, madness, convulsions and inevitably … death. Experiments show the airborne virus is four hundred time more lethal as conventional neurotoxins – with characteristics that make it ideal for covert biological warfare.

Since its unauthorized “birth,” the abomination has been the U.S. Army’s best-kept secret – until its theft. Now in the hands of bin Laden’s most dangerous terrorists known only as “Gorgon,” Saint Vitus becomes a terrible weapon with truly unimaginable potential for destruction. When Gorgon targets the U.S. Eastern Seaboard, a desperate president orders all military resources directed at the virus’ destruction – even if that means unleashing a thermonuclear hell.