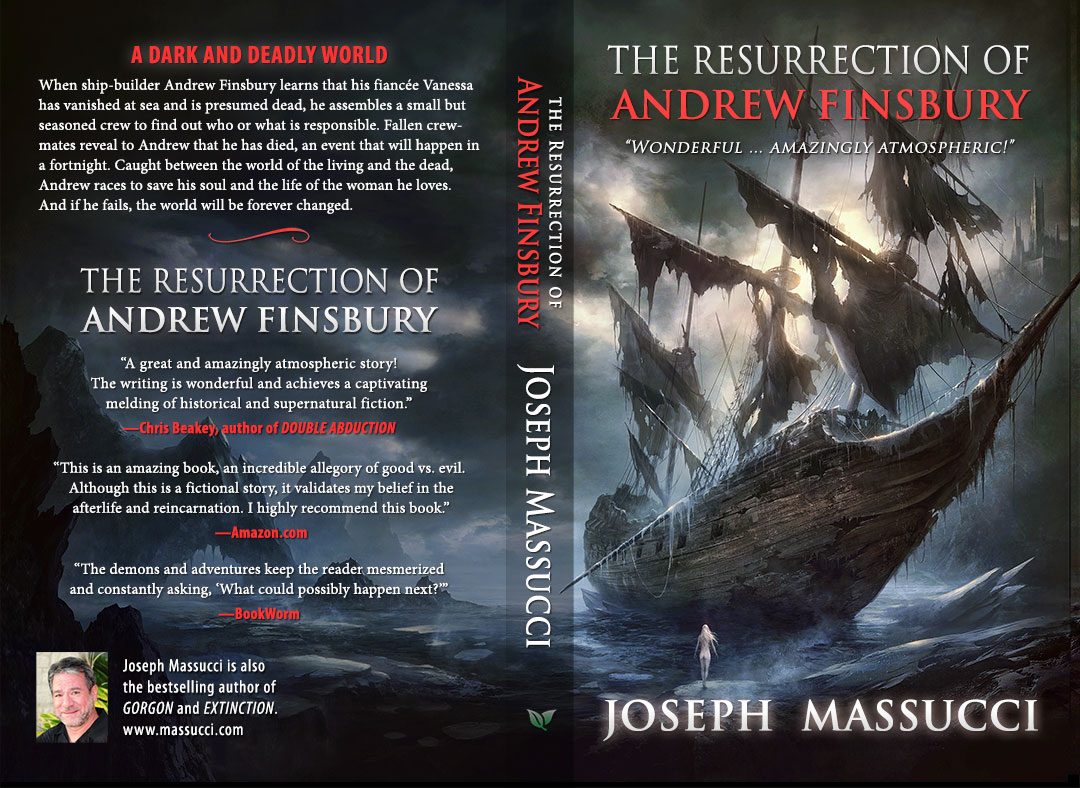 A DARK AND DEADLY WORLD: The year is 1894 – the end of the great age of sailing. When shipbuilder Andrew Finsbury learns that his fiancee Vanessa has vanished at sea and is presumed dead, he resolves to find who or what is responsible. Assembling a small but seasoned crew, Andrew follows a deadly trail of deceit to Africa where he fends off ghastly specters of a dark and deadly world determined to claim his soul.

THE FATE OF HIS SOUL: Fallen crewmates reveal to Andrew that he is already dead, an event that will take place for him in a fortnight. Caught between the world of the living and the dead, Andrew has only two weeks to find and save Vanessa. His only hope is to face a terrible demon in an apocalyptic duel. At stake is the fate of his soul and the life of the woman he loves. And if he fails, the world will be forever changed.