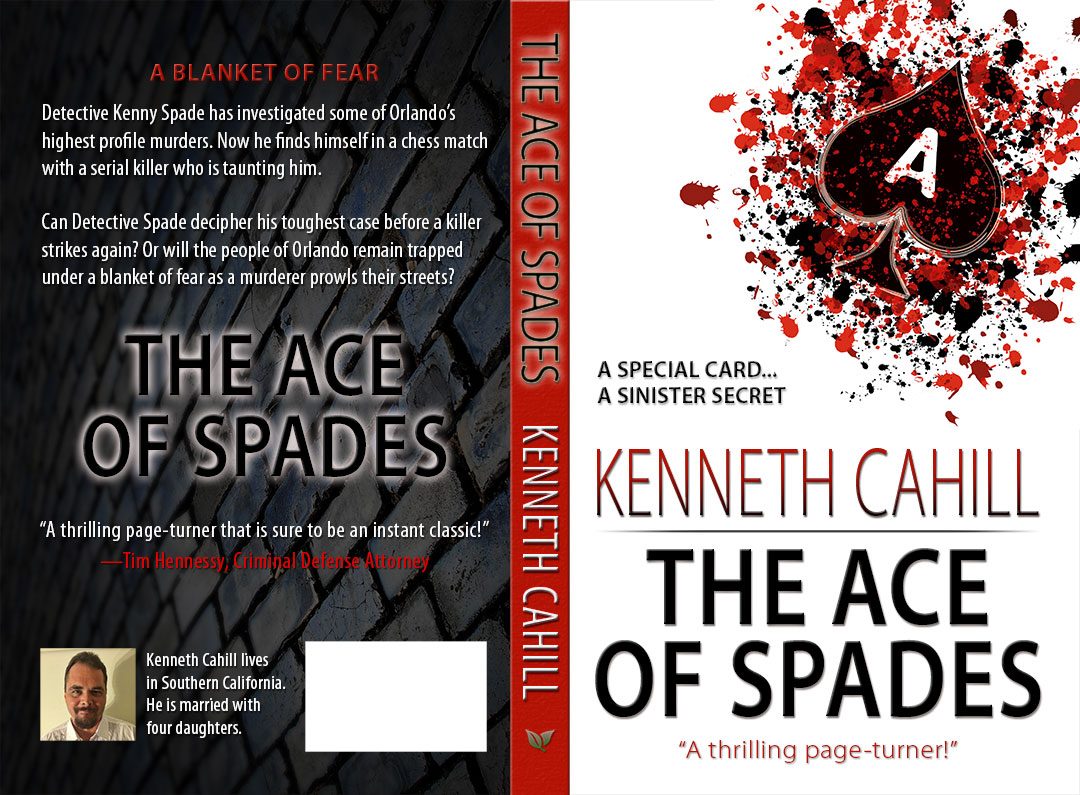 The book covers for Kenneth Cahill’s mystery thriller The Ace of Spades. More at Amazon.com…

A BLANKET OF FEAR

Detective Kenny Spade has investigated some of Orlando’s highest profile murders. Now he finds himself in a chess match with a serial killer who is taunting him.

Can Detective Spade decipher his toughest case before a killer strikes again? Or will the people of Orlando remain trapped under a blanket of fear as a murderer prowls their streets?

Back to Our Portfolio
Skills Posted on

← Journey to the Edge of Love Chicktime →